Prevention and detection of cancer are two separate concepts.

Prevention (or primary prevention) means eliminating the conditions for any cancer to succeed (as in the example of cervical cancer that is preceded by many years of precancerous lesions, which are picked up by the smear tests and then treated). Detection (or secondary prevention) means diagnosing a cancer before the symptoms appear and so it is in a very early stage of development (though impossible to avoid). Preventive medicine is a major element in our medical activity (particularly for gynecologists).

For detection to be efficient the following are important:

For some years now, oncogenetic consultations are being held in France and throughout the world in order to help treat patients who appear to have a hereditary predisposition to developing cancer. These meetings hope to identify through the family case histories which cancers appear to have a genetic origin and then set about testing, using molecular biology techniques, for specific gene mutations (such as for example BRCA 1 and 2).

“The development of major cancer mortality rates in France”

We highlight  the female cancer figures for you to consider.

The first table shows the situation from 2003-2007. We included male prostate cancer numbers by way of comparison. We also retained lung cancer data since this is on the rise (we shall come back to this).

It is important to note that for most female cancers, both the incidence and the mortality rates are falling. However one cancer stands out in a negative way, lung cancer. Whilst lung cancer is falling for males, it is rising dramatically for women both in terms of incidence (+111%!) and mortality. By 2012-2015 we may even see lung cancer (rates are rising) overtaking breast cancer (rates are falling) as the number one female cancer.

As regards specifically female cancers such as cervical cancer both incidence and mortality rates are significantly lower (down 52% between 1983-87 and 2003-07). This tendency appears to continue through 2010.

The tables below show in two dimensions female cancer tendencies. 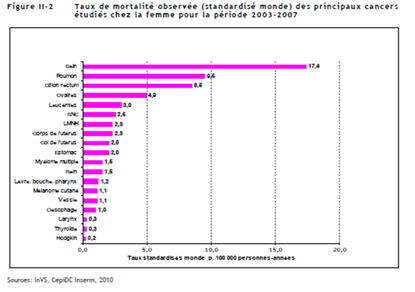 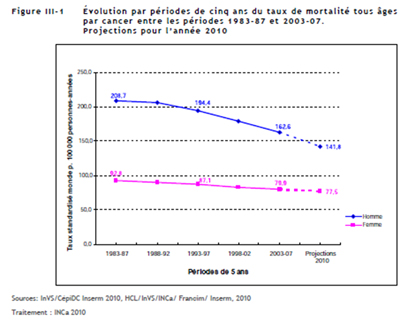 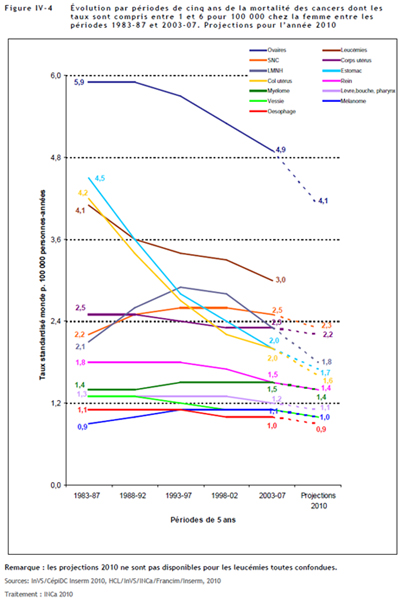 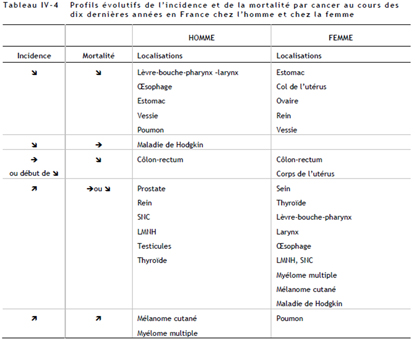 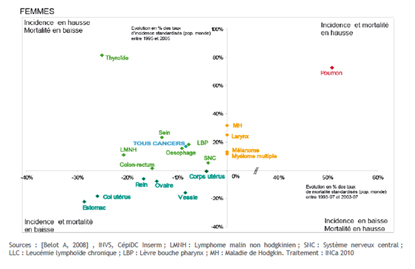 The information provided on http://igo-en.igogyneco.com/ is intended to enhance and not substitute,
the direct relationship between the patient (or website visitor) and qualified health care providers.